Showing posts from September, 2020
Show all

For better or worse, there may not be a more entertaining general manager to watch than Pittsburgh Penguins ’ own Jim Rutherford . Always one of the more active general managers in the league, Rutherford has already pulled the trigger on a couple of deals before the offseason has even started, and they’ve both been on the bigger side of deals. They first reacquired Kasperi Kapanen , who was Rutherford’s first ever draft pick with the Penguins, from the Toronto Maple Leafs in a deal that involved Pittsburgh’s top pick in the upcoming NHL draft. Next, they traded Nick Bjugstad to the Minnesota Wild in a move that can only be described as a salary dump, as the conditions worked in the deal leave it open for the Penguins not to get anything in return. Now, they moved another big-name player , trading Patric Hornqvist to the Florida Panthers in exchange for Mike Matheson and Colton Sceviour . Pens Lose Fan Favorite Hornqvist was acquired in one of Rutherford’s first big trades, alon
Post a Comment
Read more 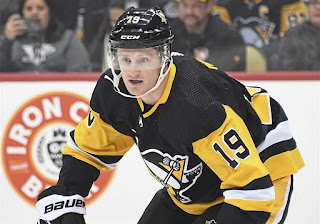 Photo Credit: Peter Diana/Post-Gazette The Pittsburgh Penguins entered this offseason with a few things that needed to be cleared up. Both of their goalies are in need of a new contract, which has led them to explore trade options for Matt Murray . Another was to get younger and faster, which they took the right step forward with the addition of Kasperi Kapanen from the Toronto Maple Leafs . One more decision they had to make was on Jared McCann . Acquired by the Penguins from the Florida Panthers , McCann was a former first round pick who would be playing for his third organization by time he suited up for his first game in Pittsburgh. Reports had come out that the Penguins were torn on McCann. Some saw him as the team’s answer to the third line center role. Others thought he was a better fit at the wing. So they explored trade options as a way to maximize his value to the team. They decided to invest on McCann, at least for the next couple of seasons, to see which player they ha
Post a Comment
Read more 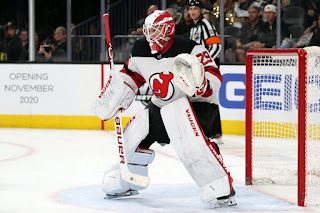 Photo Credit: Zak Krill/Getty Images It’s not easy trying to replace a legend, especially one thought by many to be the best to ever do it at that position. The 2013-2014 season was the last time that Martin Brodeur wore a New Jersey Devils ’ jersey, and since that time they have waited for some to emerge as a bonafide number one netminder. New Jersey made waves during the 2013 NHL Draft in search of Brodeur’s eventual replacement, trading the ninth overall pick to the Vancouver Canucks in exchange for Cory Schneider . Schneider was long thought as a potential number one goalie, but was blocked in Vancouver by Roberto Luongo . To be fair, Schneider did play well early on during his tenure with the Devils, posting a combined .923 save percentage in his first two seasons in New Jersey. To reward him for his success, and wanting him to be the long-term answer in net, the Devils front office signed him to a seven year deal, worth $42 million ($6 million AAV). Devils Draft Another Potenti
Post a Comment
Read more
More posts