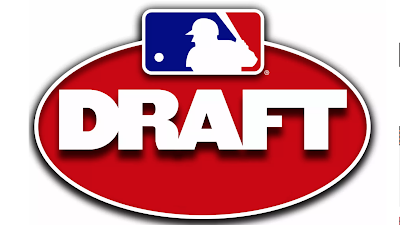 The Pittsburgh Pirates turn their attention to continuing to add depth to their minor league system after taking Henry Davis with the first overall pick. As they make their selections, we will keep you up to date with the picks, and provide any information on them that we can find.

I went over some options the Pirates had with the 37th overall pick here on a previous post. The Pirates have a history going before Ben Cherington on taking a projectable prep pitcher in these kind of spots. Jared Jones went last year in the second round, and signed an over slot deal.

That's why three names I really like are Ben Kudrna, Chase Burns and Anthony Solometo. Of the three, Solometo is the highest ranked remaining player, being the 17th best player overall according to MLB.com.

12:52 PM - Less than 10 minutes to go till we get things started? Who else is excited? Had the first pick ruined yesterday due to a Twitter accident. Going to try and stay off so can get a genuine surprise for their second pick. Things going to be moving quick, but will try and get as much details on each pick as possible.

1:03 PM - It's time to go! Neil Walker should be announcing the pick here for the Pirates at some point.

1:05 PM - So, Twitter may be spoiler free, but the broadcast dropped a hint, saying that Pirates fans should be very happy with who they take. Could be hinting at someone like Bubba Chandler, who is one of the top players available. Drafting him means the Pirates executed their plan to perfection and they end up with two of the top players in the draft.

There is some signability concerns, but you have to figure they don't pull the trigger if they aren't sure. He is slated to go play baseball and football with Clemson in the fall. So it won't be cheap to get him signed.

1:16 PM - Ben Kudrna, the top player on my board this morning as an option to go to the Pirates get picked by the Kansas City Royals. That's two prep pitchers the Royals have gone in as many rounds.

Jaden Hill also goes to the Colorado Rockies. Great arm, but the injury risk scared a lot of teams off of him.

1:33 PM - Death. Taxes. UVA pitcher getting drafted at the top of the draft. Andrew Abbott goes to the Reds

- Joshua Baez, one of the top players available taken by the Cardinals with pick 54. Swing and miss issues, but has a plus arm and power tool, making him an elite right field prospect. Also can hit 97 mph on the mound. So very intriguing pick.

1:46 PM Pirates about six picks away. Plenty of names available if they want to go for broke again and draft another big name. That includes Bubba Chandler and Chase Burns.

1:49 PM James Wood goes to the Padres at 62. I talked about him briefly this morning. Crazy athletic tools for a player his size. 6'7" 240, he should be going to college to play tight end. Interesting player to watch going forward

2:07 Another Pirates pick coming soon. Wondering if they are going to have to go with a safer signing here to save some money. Or if they go all out one more time. There are a lot of good players left in this draft. Also you have to wonder just how low they may be getting Davis to sign for now, especially if they go over slot again here in the third round.

2:22 - What an amazing draft by the Pirates so far. They get three players in the top 25 according to MLB.com. It's going to be interesting to see if they can get them all signed, but it certainly seems worth the risk of doing so.

The Pirates pull the trigger on the best player still available according to MLB.com. He was fifth only my watch board going into the second round, mainly because of the delivery. He has learned to make it work and use it to add some deception and keep his pitches hidden.

Delivery aside, he's a 6'5" left hander that's committed to North Carolina. His slider has the potential to be a plus pitch according to Fangraphs, and they also believe his command could head that way as well.

Fangraphs on Solometo "Solometo's feel for locating those pitches give him start projection even though he needs a third pitch."

There's no doubting his talent, and there will be no rushing him up the system, so he has time to learn a third pitch and find comfort with it. In the mean time, his arm slot and delivery helps make his slider that much better.

So the biggest thing perhaps with Solometo is the delivery, although there aren't too many concerns overall with it, and the development of a third pitch that would be necessary for him to remain a starting pitcher.

The Pirates have now taken two players I talked about now, talking White Jr. with their competitive balance pick. He's committed to Penn State to play football, so it's going to take a big signing bonus to get him in the organization.

He's raw, but has the tools. It's not surprising he's raw since he hasn't been able to focus on one sport specifically. Given his athletic ability and tools, the hitting should come and he has the size to add power to his game.

No matter the outlet you look at, White brings plus speed and fielding to his game.

He's a big guy. I don't see a scenario where the power tool doesn't come and end up closer to plus than above average.

The Pirates stay on a roll and take Chandler, who was the 21st ranked player in the draft, and get him 72nd overall. Chandler had first round grades as both a pitcher and shortstop and was on his way to play quarterback for Clemson this fall.

Chandler hits the upper 90s with his fastball and sits in-between 92-94. His secondary stuff is in the works and now that he can focus solely on pitching he can definitely take off.

Prospects Live said of Chandler "Given his talents across the board, scouts believe Chandler is the type of clay that can be molded into a potential horse at the top of a rotation." Big praise from a prep pitcher, but not surprising based on where he was ranked throughout.

Kellington was the 2021 Gatorade Vermont Player of the Year. Not much info is listed on him, as this is an under slot deal to help free up money to sign Chandler, Walker and Solometo. He isn't ranked in the top 250 for MLB.com, isn't listed on Fangraphs and isn't on the top 600 for Prospects Live.

He was invited to the combine, where Cherington likely took notice of him.

I will say, Northeast prospects are always harder to scout but he has projectability. Good size, has started to see some velocity jumps. Didn't pitch for almost 22 months due to pandemic and living in Vermont. Kind of want to say he's someone worth keeping an eye on deep, deep down the system.

23-year old senior player from Dallas Baptist. Was the MVC Player of the Year in 2021. Was announced as a third baseman, but is listed at first on Prospects Live. Was seen as a popular undersold option with some power potential.

A college senior, Jarvis hit .367 in 2021 with 25 extra base hits, 32 RBIs. He struck out just 20 times compared to 12 walks. Looks like another money saver to make they have enough to sign their prep players.

Another San Diego State prospect, Hendrie was drafted in the 10th round by the Chicago Cubs a couple of years ago.

Hendrie was a first team all-Mountain West player last year, leading the conference in RBIs (57), hit .379 and led San Diego State with nine home runs. He also threw out 35.4% of would be base stealers.

The 138th ranked player according to Baseball America, Sullivan had a strong Cape Cod showing in 2019 (tell me if you've heard that before from a Cherington pick). According to BA, he has the potential to have four average offerings, and above average control.

MLB.com really likes him as a back end starter, and are calling it a great value pick.

A teammate of first overall pick, Brown a speed guy, grading out with a plus run tool. Not much in terms of power, as he didn't hit a home run last season in 50 games played. He did bat .320 with 17 stolen bases and 17 extra base hits with 20 runs driven in.