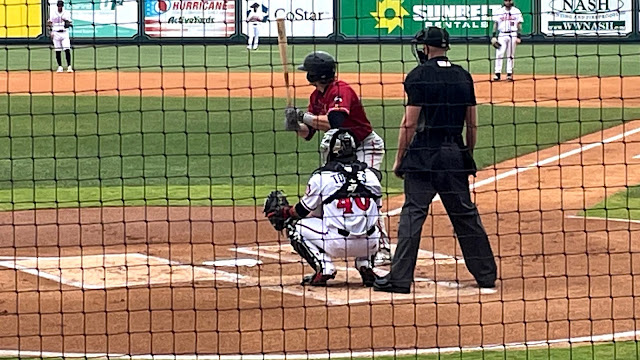 The minor league teams wrapped up another week of baseball. Did they finish strong? How did each team in the Pittsburgh Pirates system perform? Find out in our daily rundown.

Mitch Keller was unable to build off of his last couple of starts, as control issues have started to take over again. The 25 year old righty walked three batters across three innings, allowing five runs total (two earned) but did strike out six.

The Indians were led by a big sixth inning, where the offense put up eight runs. Bligh Madris delivered the big blow, hitting a grand slam - his third home run of the season. Chris Sharpe also pitched in three RBIs of his own, and Joe Hudson delivered another three.

Braeden Ogle picked up his second win of the season, striking out the side in his only inning of work.

Rodolfo Castro made his return to the lineup after getting into some games with the Pirates, going 3-for-4 with an RBI. Jonah Davis also collected three hits, one of which was his eighth home run of the season. Mason Martin went 1-for-4 with his 17th double of the season.

Cam Vieaux, who also pitched on Tuesday, picked up his fourth win of the season. He allowed one earned run in six innings while striking out nine batters.

Jared Triolo ripped a two run double in the first inning to continue his on base streak, giving the Grasshoppers an early lead. Matt Fraizer collected a pair of doubles, while Nick Gonzales tripled as a part of a four hit game. Lolo Sanchez pitched in his ninth home run of the season.

The story of the game was the return of Tahnaj Thomas, who had missed the last two weeks while working on some mechanical issues in his delivery. After walking seven batters in not even four full innings his last out, Thomas didn't allow a free pass in his start on Sunday - a huge step for the righty.

He struck out four batters while allowing just one run on the day. Alexander Manasa pitched 3 1/3 innings in relief, striking out four and eventually earned the win.

A loss by Bradenton kept the minor league system from earning a clean sweep on the day, falling 8-4 to Daytona. Ernny Ordonez hit a solo home run, and then drove in another run on a single later in the day.

Jared Jones started the game and allowed four runs in four innings. His two home runs allowed was a killer for him but he did strike out seven batters. Ryan Troutman only recorded one out, allowed a hit, walked two while allowing three runs.

What was the top performance of the day? Let us know in the comment section below, subscribe to the site with the link at the top of the page and follow us on Twitter @SportBlogMurphy.