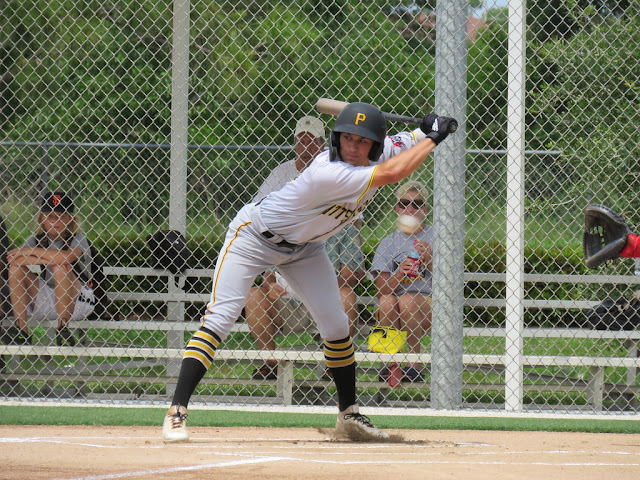 A couple of the Pittsburgh Pirates lower level teams got a welcome addition back on to their roster, as two separate key players returned to their respective lineup. It was also #RoansyDay, so you know we are going to get to some highlights later on.

When the roster was released for the Greensboro Grasshoppers, it was easy to get a little starstruck at some of the prospects that would be playing there on a nightly basis. From the team's middle infield tandem of Nick Gonzales and Liover Peguero, to a stacked starting rotation that included Quinn Priester and Tahnaj Thomas, Greensboro had no shortage of top prospects.

One player that didn't get as much talk going into the season was Michael Burrows, though he quickly erased that. Not only did he pitch well, Burrows was arguably throwing better than anyone else on that rotation to begin the season.

Then he left his July 13th start after just one inning with an injury and has missed time until Tuesday, where he returned to the mound. On a strict count, Burrows threw 30 pitches - 19 for strikes - across two innings, allowing a hit and a walk. He erased the first inning walk with a double play to the next batter.

On the season, Burrows has pitched 46 innings, allowed just 22 hits and 11 earned runs while striking out 63 batters. He has walked 18 but has held opposing batters to a .139 average.

Marauders Get Outfielder Back

Burrows wasn't the only to return throughout the system, as Sammy Siani made his return after missing more than a month with an injury of his own.

The 20-year old Siani returned to the lineup in the Bradenton Marauders' big 19-6 victory on Tuesday night, going 0 for 3 with a run scored, striking out twice and drawing a free pass. Siani has shown great patience at the plate, walking almost 20% of the time but his average has struggled all year.

This site featured Siani on Monday, and how he remains an intriguing prospect to watch despite his status taking a hit due to his injury and inconsistent play.

Altoona pitcher and Pirates prospect Roansy Contreras made his second start since returning from a forearm injury that kept him out for nearly two months. After pitching two innings his last outing, Contreras went one more on Tuesday.

In three innings, Contreras allowed one hit, and an unearned run while striking out four batters. He threw 40 pitches, 26 of which went for strikes.