Pittsburgh Pirates: What To Watch For With Altoona Call Ups 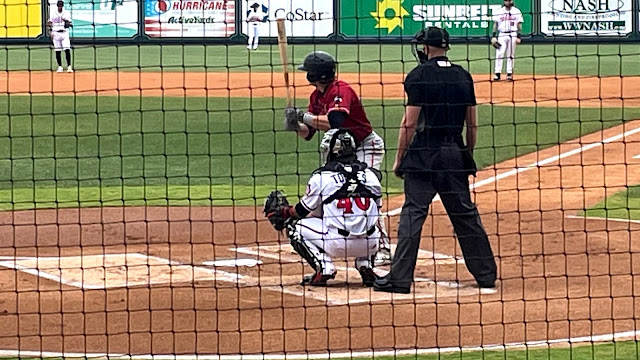 With the Altoona Curve's season over, the Pittsburgh Pirates have promoted eight players from the roster to the Indianapolis Indians. Instead of doing a playoff at the Triple-A level, they decided to extend the season out an extra ten games.

With an 58-59 record this year, the Curve wouldn't qualify for the playoffs in Double-A and they have several noticeable players that they wanted to get an extra look at before heading into the offseason.

Offensively, Canaan Smith-Njigba, Cal Mitchell, Oneil Cruz, Mason Martin, and Rodolfo Castro will be heading to Indianapolis to finish up the season. While on the pitching side of Roansy Contreras, Yerry De Los Santos and Osvaldo Bido round out the group.

Castro is no surprise, as it was more of a shocker that he was continually sent down to Altoona after spending time in the majors. Cruz is one of the top prospects in the system, and Martin possesses some of the best power. You would have to figure this group specifically have a chance to start to make an impact in the majors next season at some point.

So with a brief look at the next level before they all undoubtedly start there, here are a few things I'm keeping an eye on for the rest of the season.

This is going to be a very small sample size of games, so it won't do too much good reading into the kind of numbers they put up, especially if they struggle. When I say struggle, I mean more so if Martin strikes out a lot.

That's always going to be a part of his game, but it's something everyone will be able to live with if he continues to put the ball into the stands at a high rate.

Martin finished the Double-A season with 22 home runs, but did struggle down the stretch to hit for power at the same rate he did at the start. The strikeouts ballooned, which will be a concern, but really in two weeks worth of games I just want to see what his at bats look like. Not the result.

Is he going out of the zone a lot? What pitch is making him swing that way? His walk rate has been down this year, what kind of patience is he showing at all? While it would be nice to see him hit a few home runs, the journey in how he got there will be all that more important.

Matt Fraizer got all of the recognition when it comes to outfield prospects bursting onto the scene in 2021, but Mitchell's quiet approach kind of hid just how good a season he had. Only Fraizer, Endy Rodriguez, and Jared Triolo finished with more hit in the entire Pirates system this season.

While Cruz and Martin were dropping highlight reel bombs, Mitchell just continued to hit. He doesn't seem like he's going to bring anything flashy to the plate, but the Pirates have had some glaring needs in the outfield going into 2022 and Mitchell could be one of the first to get the call.

The Pirates went through a franchise record amount of players this season and in their search to fill innings in 2022, they may end up looking De Los Santos' way. His time in the Dominican Summer League has hurt his 'career' minor league numbers, but De Los Santos has been trending up as he has moved up the ladder.

The righty missed three months this season, but has held opposing hitters to an .191, .183, and .177 average in each of the past three years, respectively. He's also struck out 116 batters in 86 innings pitched in that same time frame.

Pittsburgh is going to have a lot of questions in how they plan on building back up a bullpen that has a lot of unknowns beyond Chris Stratton and David Bednar.

Among the players getting called up to Indianapolis, who are you looking out the most for? What are you hoping to see out of them in such a short sample size? Let us know in the comment section below, subscribe to the site with the link at the top, and follow us on Twitter @__Murphy88.