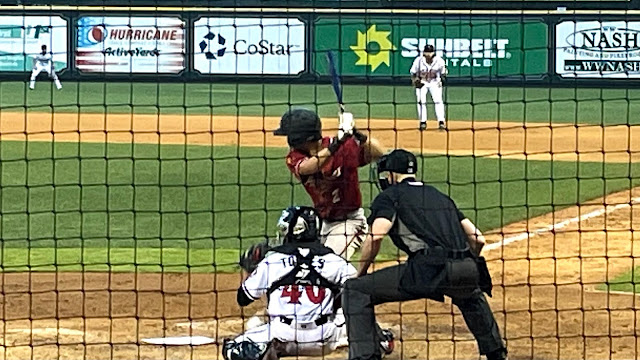 The Arizona Fall League continued, with the Peoria Javelinas dropped their game to the Salt River Rafters by the score of 2-1.

Three Pittsburgh Pirates position prospects started in the game, and for the first time one of the four pitchers sent over got some playing time.

Ji-Hwan Bae, who had a big game the day before, continued his strong start to the AFL, collecting two more hits, one of which was a double. The 22-year old South Korean born Bae hit leadoff and played center field on Friday, which will be something to watch going forward.

The Pirates have themselves quite the log jam at second base, Bae's primary position at Altoona. He'll have to have some position flexibility if they wants to carve out some playing time in Pittsburgh.

Speaking of second baseman, Nick Gonzales is widely considered the future second baseman for the Pirates. After going 1 for 4 in his first game, Gonzales repeated that feat but this time launched an RBI double off the wall for his only hit.

Nick Gonzales opposite field double off the wall. #LetsGoBucs pic.twitter.com/NQz8zbtrNh

Canaan Smith-Njigba showed more patience at the plate drawing another walk, giving him three now in the AFL.

A late replacement for Miguel Yajure, Bear Bellomy pitched two scoreless innings in the seventh and eighth, allowed three hits and struck out one batter.

Peoria is now 0-3 on the season, and will play the Scottsdale Scorpions on Saturday, with a game start time of 3:35 PM EST.